Derek was born on Oahu and raised in American Samoa. At 17 years old Derek’s family moved to Wai’anae, Oahu where he spent 7 years including his 4 years in the United States Marine Corps. Derek married his amazing wife, Pam on October 29, 1988 and moved to Kona, Hawai’i where Pam was born and raised. Derek and Pam have 5 children and 4 grandchildren.

In 1991, while serving at a local church in Kailua-Kona, Derek was invited to attend Ke Kula ‘o Henry ‘Opukaha’ia to be trained for ministry as a pastor to Hawaiian churches. This training was done using Fuller Theological Seminaries Masters of Divinity curriculum. After graduating from Ke Kula ‘o Henry ‘Opukaha’ia, Derek was fully ordained and began his ministry as a pastor. Derek has been a pastor for over 20 years, holding various positions in ministry including 5 years as Senior Pastor. Derek believes being called to be the Executive Pastor at One Love Ministries, God has placed him in his “sweet spot” in ministry.

Derek loves to see people walking in freedom and authenticity in their relationship with Jesus, cries at every movie where a father and son are reconciled. He loves doing just about anything in the ocean, learning new languages and cultures, and hanging out with family and friends. 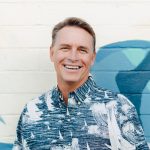 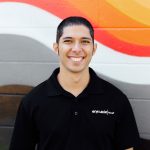