Saul was going down a “crooked” path as he persecuted Christians, but it was on a street called Straight: where he was gloriously converted and really began to pray; where he discovered God’s will for his life; where he was filled with the Holy Spirit; where he openly identified himself with the Lord and His people; and where he became a living witness for the Lord. Are you on “Straight Street”? 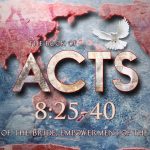 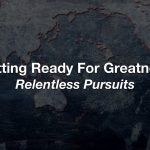 Getting Ready for Greatness – Aaron Larson (One Love Ministries)Messages, Videos